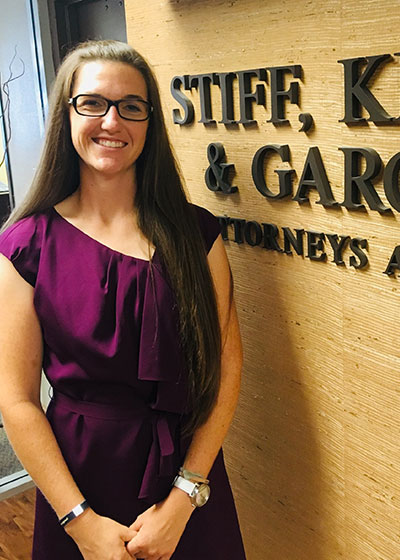 Alexandria Dell worked in the Roundhouse before attending law school, and she continued gaining experience as she joined in-house counsel at a local commercial real estate development firm during law school. Before Alexandria completed law school, she became a solo practitioner’s Law Clerk, and after she passed the Bar, Alexandria became an Associate Attorney at the same firm before she left that transactional firm and joined an insurance defense firm. Alexandria joined Stiff, Keith & Garcia in August 2019.

Letters of Outstanding Achievement, University Honors Program (all but one semester)

Work in partnership with your claims professionals.

Help you to identify the reasons the case did not settle before suit and suggest creative strategies.

Prepare for trial if the case cannot be resolved.

Ready to Get Started?